Our interest and passion for the beef industry is in our DNA, Greg’s background in cattle dating back several generations and Sharon’s love of the land …following the purchase of Oakmore Park we researched cattle breeds suitable for our vision of breeding cattle that are low maintenance, we were able to begin our business by sourcing our foundation cows from Merrawindi Droughtmaster Stud with bloodlines tracking to Swan, Clonlara, Glen Fosslyn, Yackatoon, Kapalee and SylvanSprings to name a few. We found we had struck a breed of cattle that ticked all the boxes, resistance to parasites, do-ability, fertility, mothering ability, walking ability, broad marketing appeal and the added bonus of being our own breed. For over fifteen years we have been dedicated to developing our herd strength. 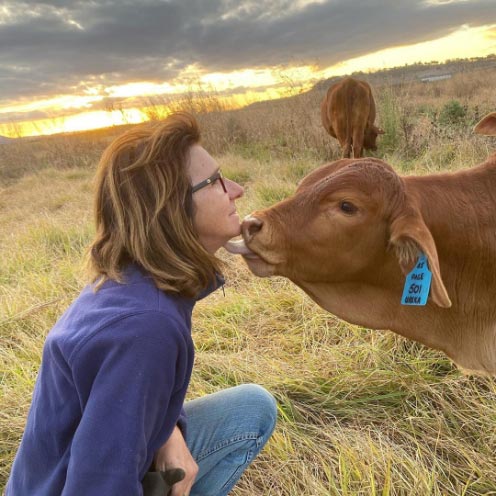 Oakmore Droughtmaster Stud was established in 2004 and is owned and operated by Greg and Sharon Harms together with our two sons Liam and Regan, who as Junior Members operate Oakmore Park Droughtmaster Stud. Gregs background goes back to the Roma and Meandarra areas. He spent his early years on Ingleston near Meandarra before the family moved to The Range between Roma and Surat where the family ran commercial cattle and sheep. When Greg left school he worked in a variety of jobs ranging from Qld to the NT before starting in the Oil and Gas Industry around the Roma area. He then ventured interstate to Western Australia where he moved into the offshore Oil and Gas platforms. This work has taken Greg overseas to many different locations.

Sharon grew up in an area known as The Heart of the Wheatbelt, starting early life around Nungarin on a family wheat and sheep property. The family moved to share farm with the Williams family where Sharons father was also employed as Stud Master for their Angus Stud, White Lakes. The family moved to the outskirts of Merredin during the 1969 drought and the family started a Stock Transport business. This is where she finished her education, trained as an apprentice and then went on to own two business employing six full time staff. Following completing her education in Business Management, Sharon went on to operating and owning two businesses employing six full time staff. Following the sale of the businesses Sharon travelled and worked overseas for three years where she met Greg. Upon returning to Australia our yearning for the land drew us to purchase Oakmore Park. 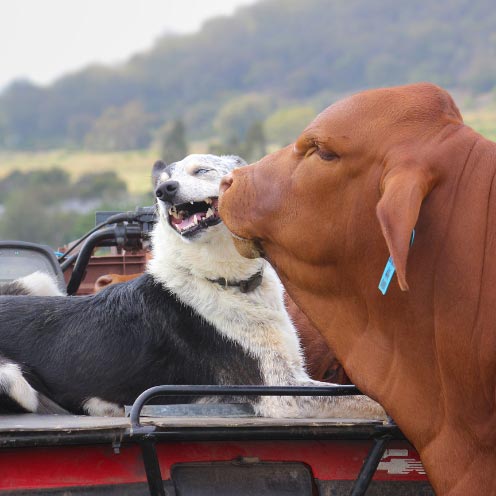 Oakmore Park is situated 25km south of Toowoomba and 45km north of Warwick just west of the New England Highway. Our country consists of rich fertile black soil running into creek flats of mostly improved pasture we also grow and make our own hay. We run our stud cows in two separate herds with their selected bulls, we wean at home and prepare all our sale bulls here. We also prepare our show team at home and run a small AI programme.

We chose the Droughtmaster Breed for their temperament and ability to adapt to various climatic conditions experienced in Australia. They are excellent forages and are sustainable on marginal country and have a resistance to parasites. Their fertility and mothering ability ensure a calf every year. Our weaners are yard weaned and educated before returning to the paddock either to be retained in stud or prepared for sales. Droughtmasters tick all the boxes for their do-ability.

Our breeding program is built on genetics with history and depth of breeding ensuring true to type in every calf. Our next generation of young bulls are grown out at the Bull Depot Konordy, Geham north of Toowoomba. This allows them to grow out naturally on grass. These young guns are then put through a selection criteria before returning to Oakmore Park for their preparation for the Spring Bull Sales.

We are proud producers of the Droughtmaster, a truly Australian Breed. 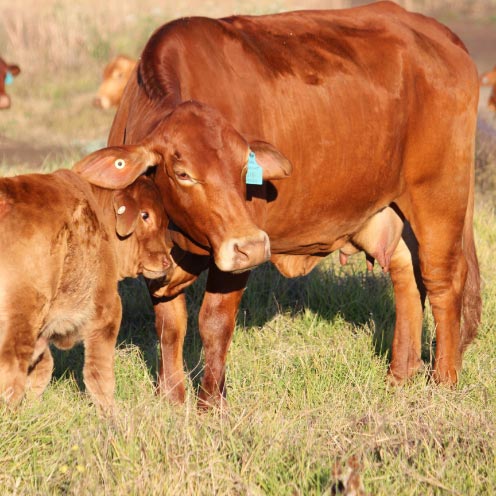 Oakmore Droughtmaster Stud looks forward to the future of the Beef Cattle Industry both in the breeding, selecting, marketing, showing and selling of our Australian own Droughtmaster. Our vision in our breeding programme is to maintain the attributes that the Drougthmaster was originally developed for, the walking ability, the mothering ability, the fertility, the docility, the do-ability, ‘the low maintenance cattle.’